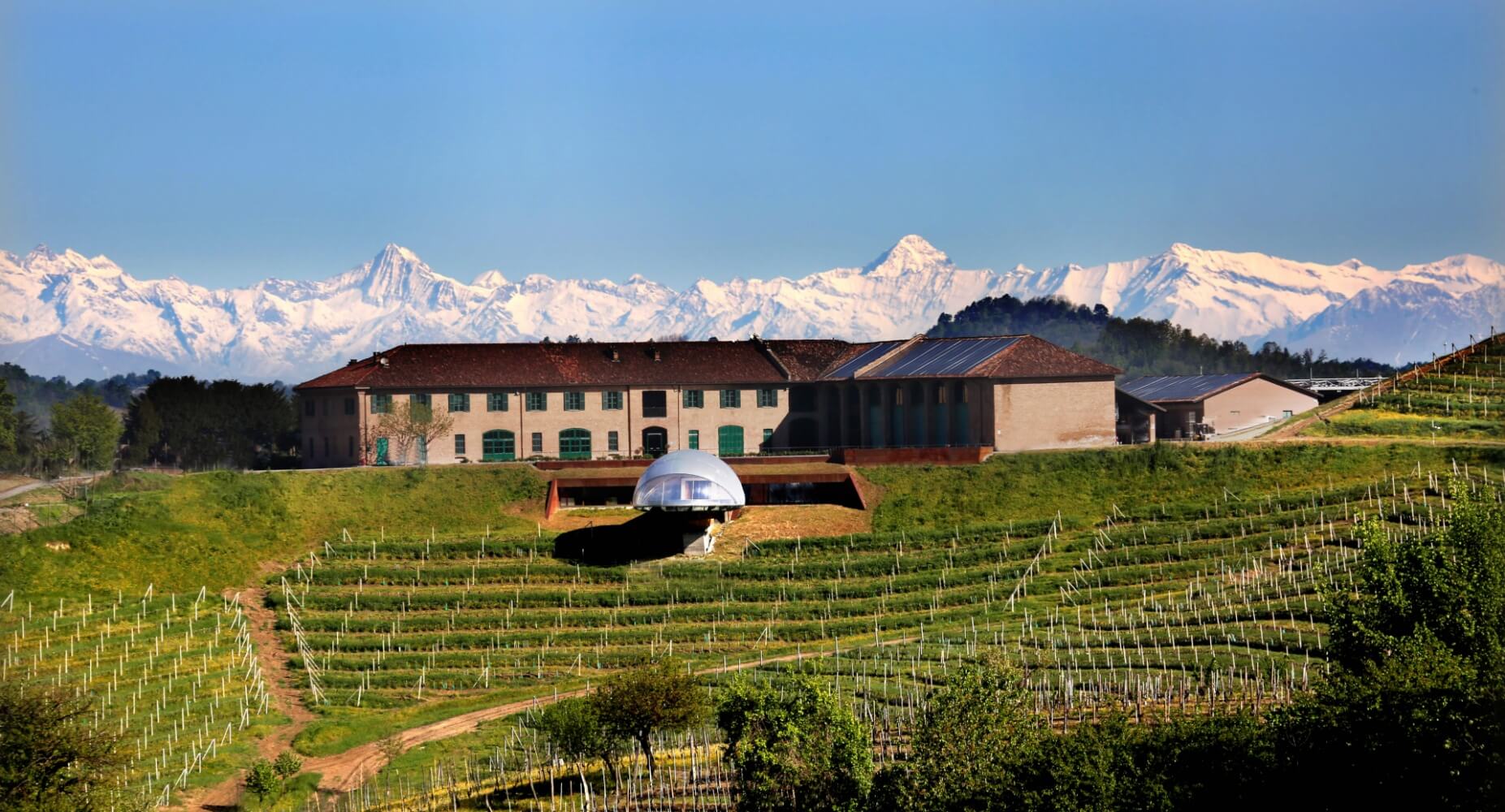 Wine and Art in Langa, the land of hills

The Ceretto family, born and raised in Piedmont in the land of Langa (the land of hills) and with whom I have had connections for many years, represent an important Italian institution in the world of wine. Their family values, which have been passed down for generations, include protecting the land and traditions of the Langhe region, and in particular its wines and the people who live and work there, the human element. With its 160 hectares of organic vineyards, the Ceretto Winery is completely self-sufficient.  They never buy a single grape from third parties, produce wine through four wineries, produce a range of 17 different wines, and have 150 people employed in their vineyard. The history of the company and family are closely intertwined and it gives me great pleasure to tell their story. The company was founded at the end of the 19th century, and expanded greatly in the 1960s thanks to the work of brothers Bruno and Marcello Ceretto: the first, Bruno, is a first-rate communicator and salesman, while his brother Marcello is a specialist and excellent developer of production quality. They purchased their terrain in Roero, in the Langhe region, and their cru in Barolo and Barbarasco, with the clear objective of becoming leaders in the field. In the 1970s, among the vineyards of Barbaresco, the Bricco Asili winery was established in the owner’s first vineyard. To this they added I Vignaioli of Santo Stefano Belbo which produces Moscato wine and the Bricco Rocche winery in Castiglione Falletto, in the Barolo region. Bruno shares with me that the secret which has contributed to the company’s success is the family agreement between himself and Marcello, two brothers who complement each other and share all of the company’s decisions. Born of this fertile partnership was the idea to entertain journalists and cultural celebrities with aperitifs in the wine cellar during the winter months, a truly innovative way of ​​promoting both their product and the territory, and one which has led to them becoming patrons of the arts and culture in recent times. The Ceretto family’s love of both the arts and wine has not developed by chance but is born of their utmost respect for excellence and their efforts to open the wine cellar to people who really value quality and can appreciate the fruits of their labour through their wines. The baton has now passed to the third generation, Lisa, Roberta, Alessandro and Federico, who run the company with the same passion and rigor shown by their fathers. Their internationally recognized wines of excellence include Barolo Bricco Rocche D.O.C.G, Barbaresco Bricco Asili and the delightful white wine Blangé Arneis Langhe D.O.C.G, which is excellent in all seasons!

An experience among the vineyards of Brunello di Montalcino