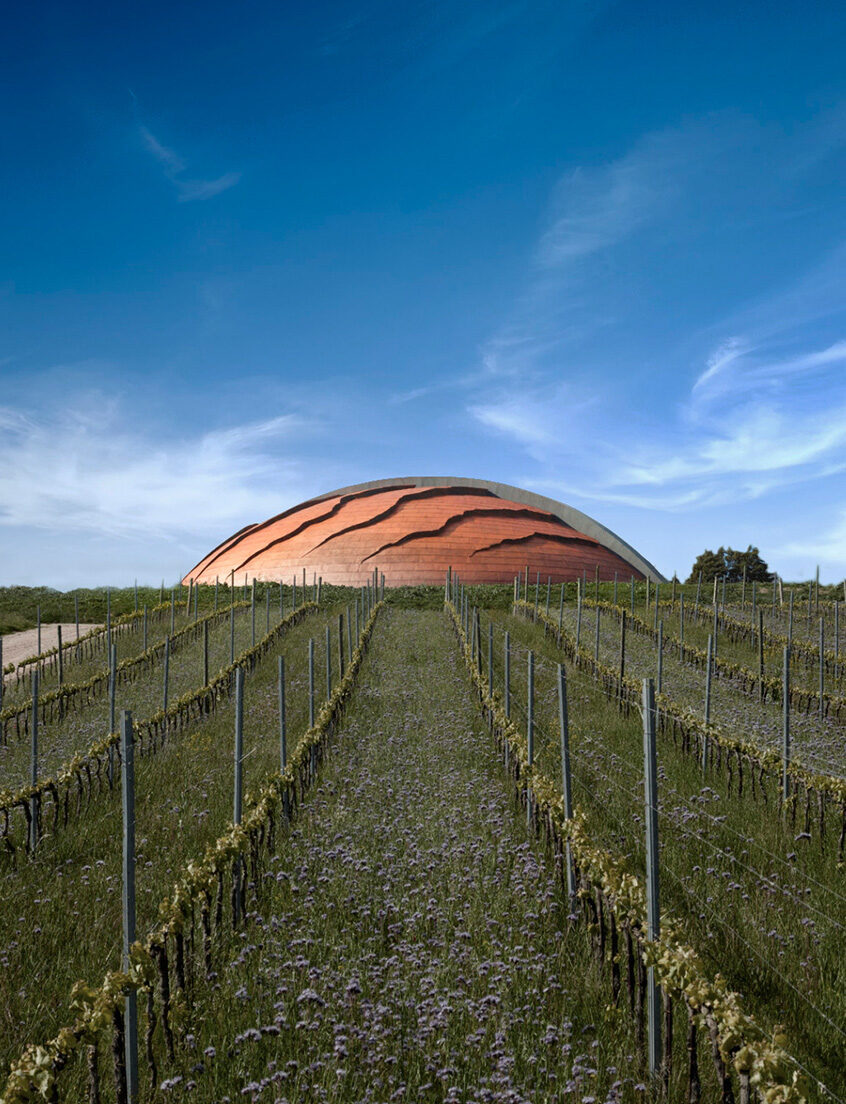 I have known the Lunelli family for many years and have the utmost respect for them and for what they have achieved, both for their territory of origin, Trentino, and for the Made in Italy brand with their Ferrari sparkling wines, which are renowned and appreciated throughout the world. Their Carapace Winery, which can be found in Umbria not far from Perugia, is truly one of a kind. The winery is the first “sculpture” in the world in which it is possible to both live and work and it is most certainly worth a visit at least once in your lifetime. The idea for The Carapace, which in reality is a turtle’s shell, came from the Lunelli family’s dream to create a wine cellar as if it were a treasure-chest for wine. The building was designed by Arnaldo Pomodoro, one of today’s greatest contemporary artists, who interpreted the family’s wishes with creativity and passion to create an architectural work of art which converses with the external landscape in which it sits, while its interior is dedicated to the production and storage of wine. After a series of crossroads and junctions between Bevagna and Montefalco we come upon the Castelbuono Estate with 30 hectares of vineyards which produce Sagrantino, a vine variety which has unparalleled strength and longevity. It is this grape which is used to produce the winery’s flagship wine, Carapace, which is aged for 24 months in large oak barrels before being transferred to the bottle for a further 12 months of ageing before it can be consumed. I also recommend tasting Ziggurat, a mélange of Sangiovese, Sagrantino, Cabernet and Merlot grapes, which is aged for only 12 months in barrels with a further six months in the bottle. You could say that The Carapace is “a winery of distinction, for wines of distinction”!

Design and Sustainability at the heart of Prosecco

Wine and Art in Langa, the land of hills